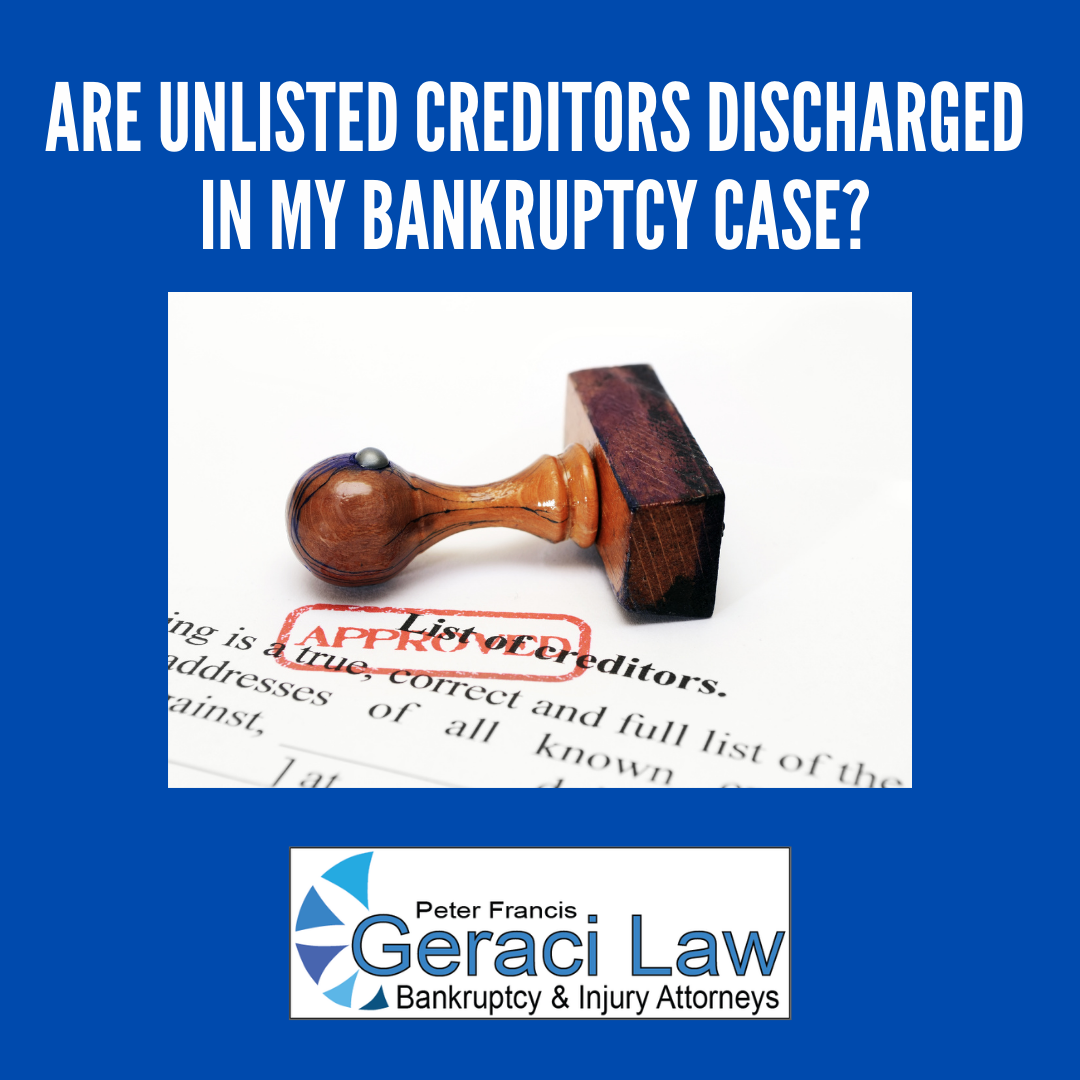 Read the article below or @ https://www.infotapes.com/Articles written by Attorney Peter Francis Geraci.

That depends.  In the First Circuit and the Seventh Circuit, there are cases that talk about missing creditors that aren’t discharged unless the case is reopened to amend schedules to list an omitted creditor, but, at least in the 7th Circuit, that reasoning is rarely followed.

In Stark v. St. Mary’s Hospital, 717 F.2d 322 (7th 1983), the Seventh Circuit concluded that the decision of whether to discharge the debt of an omitted creditor is based on equity. The Stark court said the burden is on the debtor to show that law and equitable principles allow the reopening of the case to include the omitted creditor. Without such a showing by the debtor, the debt will not be discharged and the creditor will have a claim against the debtor, despite the previous order for discharge of debts.

This case has been criticized for suggesting that adding a creditor to a schedule has an effect on the dischargeability of the underlying debt. See In re Anderson, 72 B.R. 783 (Bankr. D. Minn. 1987).

The general rule in most jurisdictions is that a debt is either dischargeable or not based on the nature of the debt, and the nature of the status of the claims proceeding, and that reopening the case is unnecessary.

Even in the 7th Circuit, which is Illinois, Indiana and Wisconsin, if the creditor has actual notice of some kind, such as you called and told them, or if “no harm, no foul” because the case was a “no asset case” and they would have gotten nothing even if they were listed, or if the creditor is really to blame because they sold the debt to someone else and didn’t tell them, the case does not have to be reopened at all. At Geraci Law, the issue rarely comes up.

Dial 1-800-CALL-PFG for a free phone mini-consultation, or make an appointment online 24/7 at www.infotapes.com.  Bankruptcy laws are in place to help you.  Who knows bankruptcy like Geraci Law?  Geraci Law has 30,000 5-star reviews

Read ALL ABOUT DEBT RELIEF at www.bankruptcybookbypeterfrancisgeraci.com.