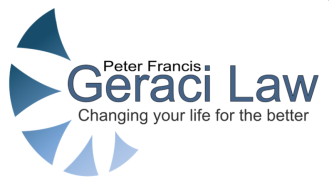 The next question is how many of them are alive after a year and how much money do they return to creditors. My answer to that is: plenty. This can be seen by just one Chapter 13 Trustee’s payments of over 100,000 a month just to the city of Chicago. The reason I say there are not enough Chapter 13’s filed is we know that the rate of 7 and 13 filings and in most populations is less than one half of 1%. That is because, outside of bankruptcy lawyers and petition preparers, and the US Trustee’s office, who wants everyone to do it themselves, no one is encouraging debtors to adjust their debts in a rational manner.

If everyone who had parking tickets and was employed full-time and had other debt would file Chapter 13 the City of Chicago could disband their collection department, they would not have a problem, and if everyone who filed a legitimate Chapter 13 that had a parking ticket problem went to an attorney who could actually put together a plan that they could live with, the confirmation process in the work of the trustee would be greatly reduced, although the volume would increase. And if the City of Chicago sent everyone who was working full-time and had a parking ticket problem to a competent bankruptcy lawyer for advice, the district would have to appoint a couple more Chapter 13 trustees, dividing up the work, and paying creditors a dividend.

So, one problem the City of Chicago does not have is the bankruptcy courts, unless it is bogus 13’s that are filed by petition preparers and pro se debtors. If Chicago wants to collects its finds it should provide repayment plans, but the problem with that is a lot of people can’t make a repayment plan work, because of their other debt, or because they need guidance in budgeting. Payment plans with the City of Chicago only work if there is no other debt. There has to be a pecking order is far as repayment of debt: people cannot stop making their vehicle payment so they can pay the City. Under Chapter 13 the secured creditors, the debtor’s attorney and court costs, and after that priority debt such as support arrears, and then after that general unsecured creditors, such as red lights and parking fines

The City of Chicago knows that the actual fine for the violation is only a small part of their claim, and if they collect that, at no cost to the City except for filing a claim in Chapter 13, it should be pleased. Generally most of a City claim arises from penalties for failure to pay the original fine, exorbitant storage and towing charges, and fraudulent tickets that were never placed on the vehicle in the first place, and the tickets that the debtor is never going to go to Chapter 13 with, because they are very small $100 or $200, and they know that if they don’t pay them nothing happens anyway.

The City of Chicago needs an intelligent plan to handle their parking ticket in municipal violation and water bills: we think that part of the city’s budget problem could be quickly solved. And there are a variety of other problems that we could discuss. How about the failure of the city to provide safe municipal parking in neighborhoods. The City used to do this for shopping districts, but has no program for residential districts? The City could easily solve this, and a variety of other problems by the intelligent application of modern business principles.